The NHL offseason has been going on for a month now, and although there are still some very interesting free agents left without contracts and potential exchanges are possible, most of the important steps have already been taken. Even though the new season will begin at least two months later, there are already quite clear contours of the lineups of all teams. Someone was able to strengthen, someone worked more passively, and some still have rather important questions that have no answer.

Betting On Serie A: Is Juventus’ Dominance Coming to An End?

The Jets have re-signed 27-year-old defenders Dylan Demelo, but the team still lacks a defense leader. After parting with Dustin Baflin, Winnipeg essentially lacks players for the first pair of defenders, and while the Jets' offense looks very formidable, playing in their zone raises concerns.

Who will score for Nashville?

The attack of the Predators did not shine even anteriorly, and after Craig Smith, Nick Bonino, and Michael Granlund left, she lost three of the four top scorers of the last season. In addition to them, Kyle Turris also left the team — a year ago this quartet jointly scored 62 goals.

The acquisitions in the person of Brad Richardson, Nick Cousins, and Luke Kunin do not yet look particularly successful in terms of replacing the departed strikers. The load on Victor Arvidsson and Matt Duchane will likely increase even more, and Nashville will become the most boring and defensive team — unless, of course, some big deal happens.

How will Boston replace Tory Krug?

This defender was one of the Bruins' best hockey players. Charlie McAvoy and Brandon Carlo also can play a lot and perform many functions on the ice too, but Krug's departure to St. Louis left a hole in the squad that hasn't been filled yet.

The free agents in defensive positions remain extremely lessen. The often injured Sami Vatanen is still available, former Lightning's defenceman Slater Kukkuk may be an interesting figure, but none of them can do the amount of job that Tori Krug did.

Edmonton couldn't get rid of the goalkeeping line problems

The team has got Connor McDavid and Leon Dreiseitl in lineups, the two best forwards in the league, so the Oilers shouldn't have any problems with the attack. In the offseason, the Oilers bought Kyle Turris, paying a very reasonable price, and took Tyson Barry for one year — a deal with low risk and potentially high efficiency.

But the line of goalkeepers continues to cause concern, as the duo of Mikko Koskinen and Mike Smith is unlikely to allow Edmonton to count on something serious (in the playoffs, this couple managed to reflect only 86% of the shots). Despite the fact that many good goalkeepers entered the market in the offseason, the Oilers for some reason decided not to rotate the current goalkeeper duo. 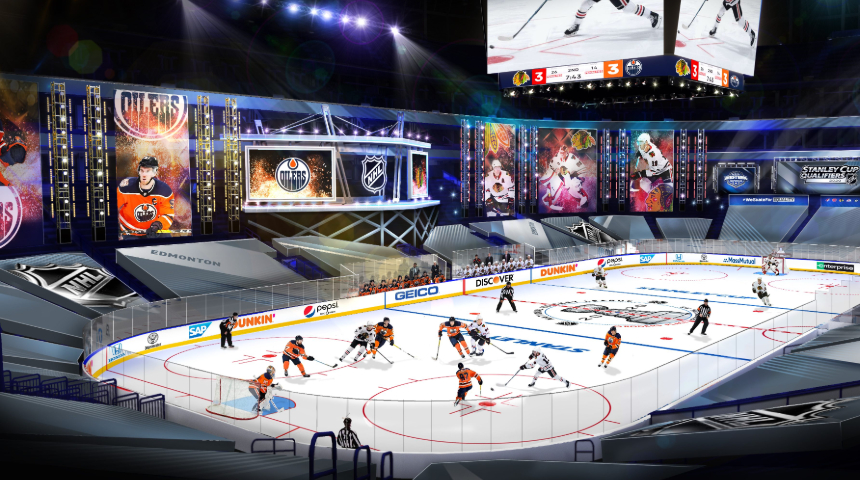 Why did Buffalo ignore the goalkeeper market?

Eric Staal, Cody Eakin, Tobias Reeder, and, of course, Taylor Hall — with these guys, Buffalo hockey will finally stop being gray and boring.

The defensive line is not impressive in names, but last season showed its effectiveness, while the goalkeepers were frankly the weak links. Here you can ask the same question as in the case of Edmonton — why did the management not pay attention to the goalkeeper market? If Buffalo does not solve the goalkeeper issue, then all acquisitions in the attack may become useless.

NHL executives will have to make a difficult decision regarding the 2021 season. The owners of some clubs openly advocated the cancellation of the season — no one likes to play in the absence of fans. Besides, empty tribunes do not give the usual amounts of profit.

The NHL boss and the players' union will have to come up with a complex formula that combines the comfort of hockey players, the safety of players, and (possibly) spectators, the earnings of the league and clubs. Will the best league in the world be able to delight us all again? Meanwhile, post-free agency influenced the alignment of favorites/underdogs and bookies provided renewed odds for a Stanley Cup 2021 winner: