The middling — strategy, made in the USA

A strategy called middling is considered a primordially American product as it was developed in the USA several decades ago and it works best for the American sports disciplines (basketball, baseball, football) where there are two outcomes only. By the way, it is the NFL that is the sweet morsel for fans of middling, since there is a large difference in the points of the spread.

How does it work?

The fact is that bookmakers often offer punters a set of bets with the same odds (approximately 110) on both outcomes. In this case, the strength of opponents can be equal or vary greatly. The same quotes are achieved due to the handicap. For example, -4.0 is given for the home team, and 4.0 for guests. If the advantage of the hosts is more obvious, then the handicap grows.

The betting market cannot boast of stability. There are a lot of factors that may force the bookmaker to adjust the line. For example, skew of bets, change of the score, or important information. In this case, the point spreads of the teams will vary greatly. The tactics of betting middling suggest betting on both outcomes of a sporting event in case of a favorable movement of handicaps.

The spread point can have 4 shifting options, including such as:

Then, as soon as you make a bet, it remains to monitor how the spread point will change. If you see that the spread point has shifted (increased or decreased) which gives you the right to create a corridor, then be sure to do it, because this is the way when you will win in any case.

Betting Insider: the first social network for tipsters. How to use it?

A practical example of using middling 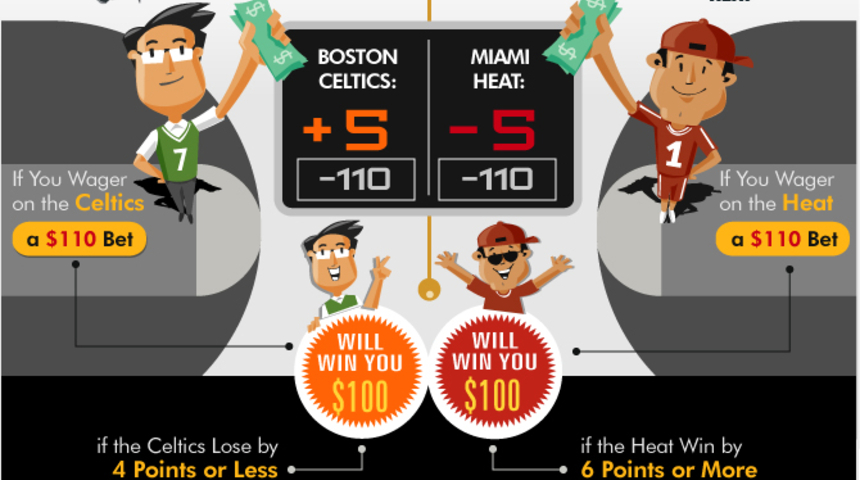 As an example, let's take the match between Rockets vs Utah where the spread point is 6.5. Be that as it may, punters can consider such a value to be overstated, because Houston's key player, Harden, was injured shortly before that, which could seriously affect the result of the game. So, a rational decision would be to bet on the positive handicap of Utah 6.5.

After some time, the media published information that Harden really would not be able to take part in the match, and bookmakers immediately reacted to this, shifting the spread point from 6.5 to 3.5.

What to do now? Yes, you are right, now you just need to bet on a minus spread of Houston and create a corridor. Further, you will only have to wait for the outcome of the match, and if you are lucky and you get into the created corridor, then you will hit a jackpot, and if not, then your money will remain with you, or you will lose an insignificant amount only.

Perhaps the most famous example of massive middling happened in 1979 during Super Bowl XIII. The Dallas Cowboys played against the Pittsburgh Steelers. The spread opened at -3.5 for Pittsburgh and +3.5 for Dallas.

In response to a large number of bets on Pittsburgh, the bookmakers have shifted the spread by +4.5 / -4.5 to stimulate bets on Dallas. And they succeeded.

But the match ended 35:31 in Pittsburgh's favor. The winners were those who bet -3.5 for Pittsburgh and those who took +4.5 for Dallas. To this day, bookmakers call Super Bowl XIII "Black Sunday" — the bookies suffered colossal losses.

Enjoyed this article? Read other interesting news on our blog!