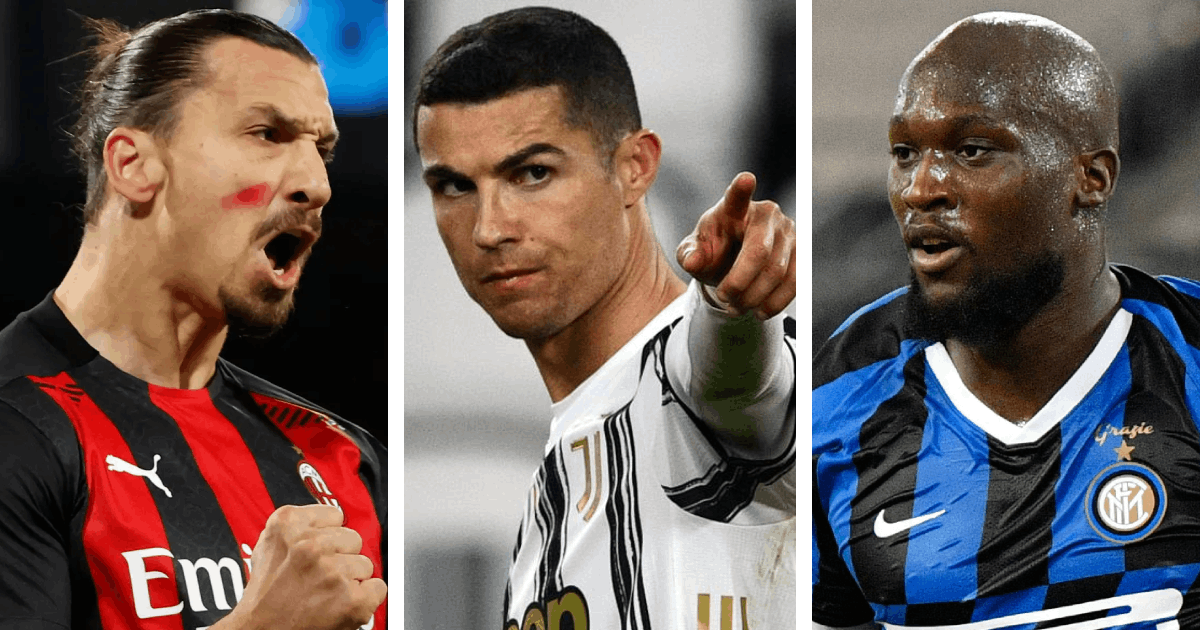 Last year, Ciro Immobile was in red-hot form and beat Cristiano Ronaldo to the award. This season, the Lazio striker hasn't been firing so consistently and is lagging behind in the Serie A goalscoring race.

After 27 games, Ciro has managed 14 goals, tied with Lautaro Martinez, while Cristiano has hit 23 over the same period.

Zlatan Ibrahimovic has scored 15, one fewer than Luis Muriel with both Atalanta and Milan having 10 games left to play.

Romelu Lukaku has 19 strikes to his name. The Inter Milan striker has gained imperious form. The Belgian has netted 7 times in the last 8 fixtures and doesn't lose hope of catching up with the Juve poacher.

Read also: Who will sign Sergio Aguero this summer? Bookies updates odds on Argentine's next club